* In case of any delay in receiving the OTP, you may verify it later. Please proceed without verification.

Enter your City name or Pincode

Farrukhnagar is one of the important towns in Gurgaon district of Haryana state. It is a municipality town and also an important administrative block of the district. But more importantly, the town is known for its immensely rich history, which mainly centers around glorious Mughal period. The many great historical monuments that still dot the landscape of this town still serve as a reminder of the glorious period that it had witnessed under Mughal era. More about these great monuments and its rich history and all the important services that this town is currently offering to its citizens has been covered below. Besides, below we’ve also brought forth important information about local administrative body and local economy as well. 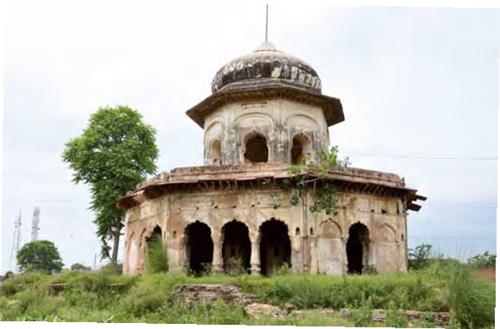 For many centuries this region completely lived in wilderness. Either very little was known about this region or most rulers of those days simply didn’t see much potential in this region. But all that changed when Mughals stepped in this terrain and transformed this barren land into a booming and beautiful town. The credit for the foundation of this city goes toFaujdar Khan (also known as Farrukh Shah), who was governor of Mughal Emperor Farrukhsiyar (1713-1719) . Faujdar Khan not only added beauty to this region by constructing many architectural master pieces, but also made this region into a major commercial hub for salt trade. During his time Farrukhnagar had started exporting tones of salt to Delhi and entire united province region. These tones of salt export invariably brought huge amount of wealth for the entire region. Propelling this region to great economic heights. This economic prosperity was most visible through beautiful mughali architectural monuments which came into being during King Faujdar Khan’s regime. These monuments are still doting the landscape of this region, but today unfortunately are laying in great shambles and ruin.

The immense amount of peace and prosperity brought forth by King Faujdar Khan was continued by his descendents, but none were able to replicate his enormous success. Some even surrendered this territory to their enemies, but only for very brief time. Mughals finally started losing hold over this entire region with meteoric rise of British Empire by start of nineteenth century. The final end, however, came in year 1857, when Mughals staged huge mutiny against British Empire, but failed in their ambitious pursuit. After failed mutiny of 1857 Farrukhnagar region, like all other territories of once mighty Mughal Empire, came to be treated as princely state under British administration.

All day to day civic administration of Farrukhnagar town is looked after by a local Municipal Committee or Nagar Panchayat body. This Municipal Committee as of today has total 13 wards, wherein as per 2011 census approximately 13513 people were living in it. It is primary responsibility of Farrukhnagar Municipal Committee to ensure unrestricted supply of drinking water to all these people and also maintain sewerage and street lights in all the wards. It also has full authority to collect property taxes from all households, which is obviously is its main source of revenue.

Most of the villages coming under Farrukhnagar administrative block are completely dependent on traditional agricultural sector for their survival, but today the main town of Farrukhnagar isn’t so over reliant on agricultural sector for its survival. The decades of steady urbanization has lead to many changes into its economic demography, which has eventually reduced its dependency of agricultural sector. Today there are lots of service oriented institutions which are generating huge number of employment for locals here. But more than these home grown companies, it is companies and industries located in neighboring city of Gurgaon that has become backbone of Farrukhnagar’s economy. This is obviously because today thousands of Farrukhnagar’s locals are employed in Gurgaon based companies.

Farrukhnagar city is well connected to many cities/towns of Haryana and also national capital Delhi via bus and train services. Daily innumerable state run Haryana Roadway buses pass through Farrukhnagar town, which connects it to almost all the important adjoining cities of Haryana state – including New Delhi city. Apart from Haryana Roadway buses, private coaches and buses are available from here, which are but obviously operated by private tour operators. 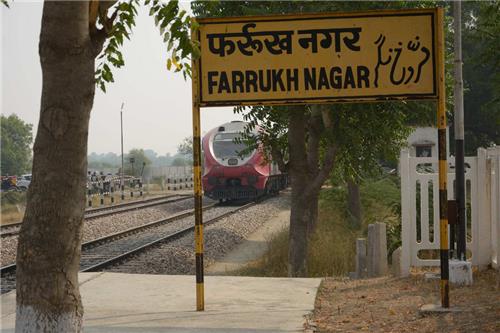 Farrukhnagar Railway Station
Coming to connectivity via train, then Farrukhnagar Railway Station is immensely small station and provides direct connectivity to only few important cities like Delhi, Gurgaon and Garhi Harsaru.
As far as local transportation is concerned, then decent numbers of auto rickshaws do ply across this town. They travel within 20 to 25 kms of radius, in which almost all the important commercial areas of the town are covered.

Currently only few well equipped hospitals are operating in Farrukhnagar city. Many local patients move to Gurgaon due to shortage of multi specialty and even super specialty hospitals. But to some extent number of medical stores are available in this part if Haryan. Further one can also find number of physicians specialing in various fields of edicines. Though still health infrastructure needs improvement at very other level.

This historical town has no dearth of beautiful historical monuments, which even today manages to unravel the rich history that this town has witnessed throughout its century. Although most of these monuments are today lying in very bad condition, but there historical value is still intact. Below we’ve provided brief information all the important monuments of this town. 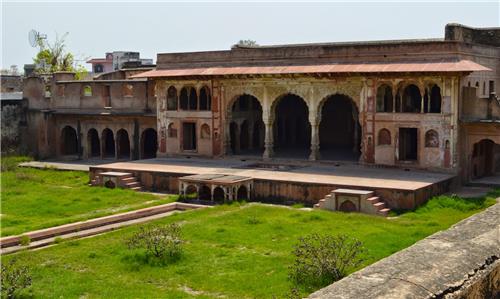 Sheesh Mahal
Sheesh Mahal: Sheesh Mahal is by far the most popular monument of this town. After all, this grand monument was constructed by Faujdar Khan, who was founder of this historical town. This was his only residential palace and therefore most of his leisure time was spent here. Quite understandably this monument has many great historical accounts that will simply surprise you, provided you’ve immense love for history.

Farrukhnagar Fort: By name itself you must have already guessed that this fort must have been the main fort of the Mughals. Actually you can feel invincibility and importance of this fort even to this day. To get real feel of its invincibility, you need especially experience Dilli Darwaza (also known as Delhi Gate). In its hey days it was one of the main entrance gate of Farrukhnagar town. In the end all we can say is that if you want to really feel history of this town, then you need to witness Dilli Darwaza.

Jama Masjid: This is probably the oldest mosque of this town. It was built by Faujdar Khan himself. He visited this mosque to seek spiritual peace and to offer Namaz .

Sita-Ram Mandir: One of the most popular temples of this town. Although not much is known about history of this temple, but what is certainly known is that since time immemorial this temple has attracted devotees from length and breadth of this region.

Local banking services have surely witnessed some noticeable improvement during last two decades. This claim is based on the fact that today this town has more banks than it has ever had in its entire history. This not just includes small cooperative banks, but also many reputed private and PSU banks. Coming up of all these innumerable reputed banks have surely brought in many modern banking services. The same modern services that today citizens of urban and first tier cities are enjoying. We can only hope that in future many more reputed banks will open their branches here, which will obviously bring more banking convenience to locals.

Safety and Security in Farrukhnagar

Farrukhnagar at a glance

Comments / Discussion Board - About Farrukhnagar